Once an invoice has landed in the Invoices App in Onit, its approval process begins immediately. The number of approval Phases required, as well as the name of each Phase, depends upon your client’s business needs. The approval workflow can be very simple (e.g., invoices may require only a single approver) or may be more complex (e.g., many approvers, some of which might be conditional).

Each step in the approval process should be its own Phase. You may want to conditionally require some Participants’ approvals, in which case your Phases should be configured to “hold” an invoice in a Phase only if a particular Participant is assigned to the invoice.

The invoice approval process always takes place between the New Phase and the Approved Phase of your Invoices App. 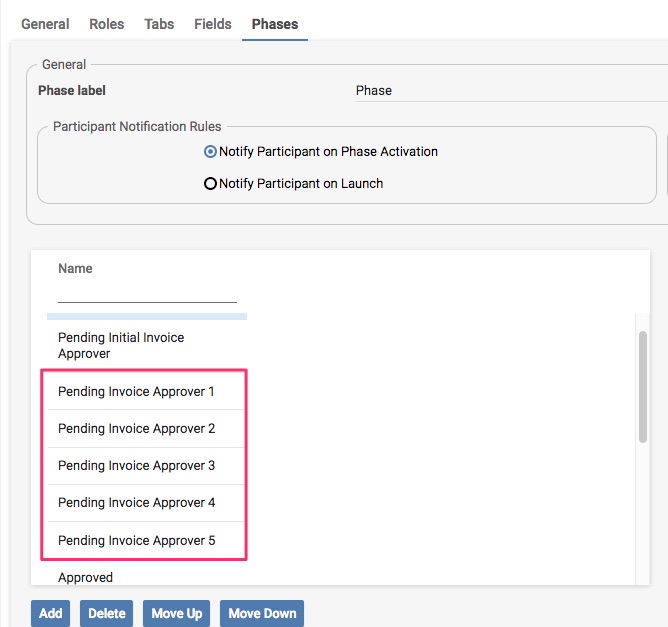 The following is a brief description of each out-of-the-box Phase in the Invoices App.

The Roles outlined in red below are placeholders, used to assign Participants to approval Phases. These Roles are assigned by a Looped Action named Build Approval Chain. 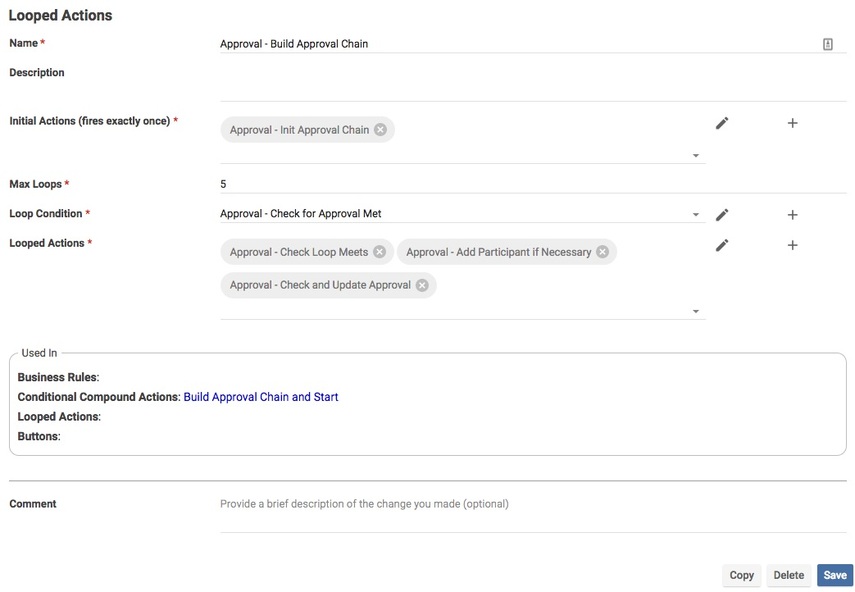 When Participants are added to a Phase, the Phase becomes “active” and will “hold” the Record until all relevant Participants have approved it.

Any of the existing Add Participant Actions in the Invoices App can be edited or deleted, as necessary.

There are a couple of ways to conditionally add Participants to your invoice approval workflow.

Tip: The following Liquid enables you to extract Field values off of User Profiles Records: